Call for a FREE Estimate 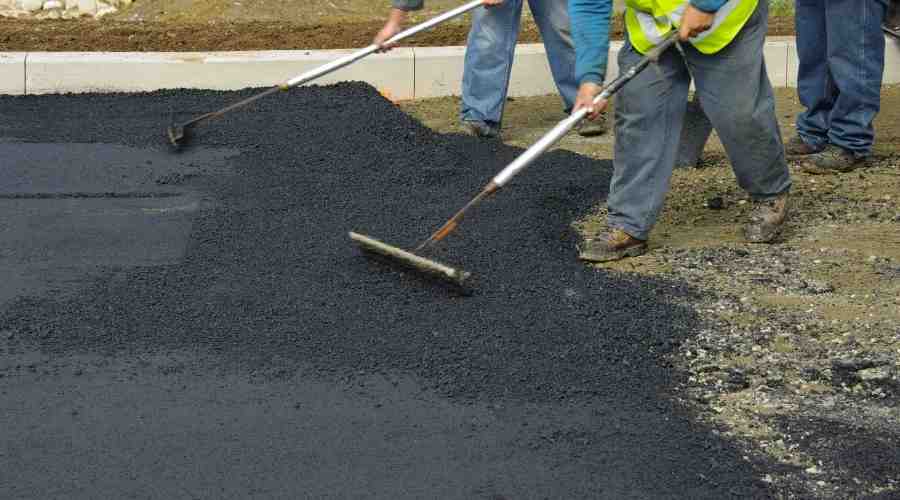 In what ways do High Temperatures Impact Asphalt

Heat Stroke from the Asphalt

Heat waves cause pavement damage due to the sun’s prolonged exposure to dangerously high temperatures. UV rays from the sun can cause the asphalt’s color to fade and develop soft areas, which, if ignored, can lead to potholes, especially during the warm summer season and during high and extended heat. The asphalt surface might become more vulnerable to scratches, scuffs, and even chipping as a result of the frequent hitting and absorption of this heat. Water seepage into the sub-layers is another potential outcome of the resulting fissures caused by the aforementioned heat. When weight, like that of vehicles and traffic, is applied from above, the top layer of asphalt pavement begins to sag, crumble, and produce potholes because of the air gaps that have formed inside its structure. It also has a bleaching effect on asphalt, lightening the color from its original black to a grayish hue over time.

There Are Usually Two Heat-Related Problems With Asphalt.

When asphalt is subjected to high temperatures over an extended period of time, cracking often results. Surfaces that are newer are less likely to crack, but even newer structures can develop cracks if they are not properly installed or maintained, such as with routine seal-coat applications. This is especially true of parking lots and other high-traffic public spaces used for commercial purposes.

One more thing to keep an eye out for is oxidation, which may be identified by the brittleness of the asphalt’s surface. As a result of exposure to sunlight’s ultraviolet rays, the asphalt’s binding oils undergo a chemical transformation, reducing the asphalt’s overall oil content. Cracking and/or raveling become more common as oxidation advances.

Keeping Your Asphalt From Melting

Regular reapplication of sealcoating, which shields asphalt from heat damage, is therefore recommended. Applying sealcoating when the temperature is on the rise is optimal because it allows the materials to better connect with the surface. In addition to preserving the surface, these higher temperatures reduce the viscosity (the resistance a fluid has to flow) of the asphalt, allowing sealcoating to flow more readily into deeper cracks and crevices.

You can still repair your asphalt if it is beginning to show wear and tear. The useful life of your asphalt can be extended by fixing the surface now (rather than later), which can save you the time and money of having to completely replace it. Why Pavement Sealer Wears Off Asphalt Faster In NJ 8 Asphalt Pavement Issues – And How To Fix Them Repair Your Asphalt Driveway Yourself?